When you hear the word “bee”, we mostly likely think about the honeybees, which are social and largely-beneficial insects. However, there is a solitary and destructive bees species called the carpenter bee. There are 7 species distributed throughout the North America but you may have never noticed them because carpenter bees are robust and large, measuring a half inch nearly an inch long, with a hairy body. The main difference in appearance between the two is fond on the abdomen; carpenter bees have a shiny, often metallic-tinged abdomen,  unlike the hairy one found on a bumble bees. Only females have a stingers, though they are unlikely to sting unless threatened or handled roughly. Carpenter bees are territorial and will ‘dive-bomb’ humans from time to time, but do not pose a significant threat to people. 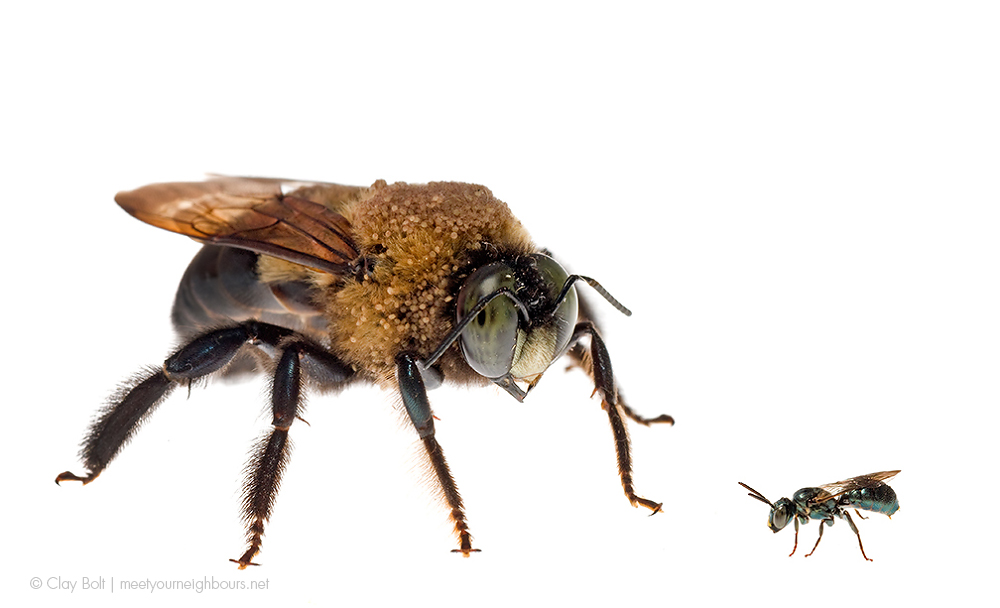