Experts Report: Invasive Pests Are Spreading In The U.S. 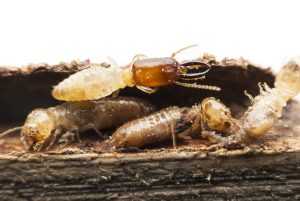 Did you know that a new pest is introduced into California every 60 days, on average? This may not seem like a significant number because most people don’t understand the impact that invasive species have on our lives.

What Are Invasive Species?

Before we can begin to care about invasive species, we need to know what they are. Simply put, an invasive species are any species that are not native to an area. They were brought to the area unintentionally by tourists or industry.

Because they are not native to the area, they have no established predators and can increase their population quickly. Once an invasive pest takes hold in a region where it doesn’t belong, they impact the food supply, natural resources, ecosystems, and many other aspects of daily life. Cindy Mannes, Senior Vice President of Public Affairs for the National Pest Management Association, cites that “Invasive species are known to cause severe property damage and continue to present new health threats as they rapidly spread nationwide.”

This invasive pest is originally native to Asia and is thought to have traveled to the U.S. as a stowaway in a shipping container. Stink bugs like to spend the winter inside

residential houses and other buildings. While not harmful to human health or risk to property, they stink when crushed and will damage plants in your garden.

According to Pestworld.org, the Formosan termite is the most aggressive of all termites, causing costly damage to homes and offices. One colony of Formosan termites can contain several million termites as opposed to several hundred thousand termites for subterranean termites, for example. The sheer number of termites in a single colony poses a serious threat to whatever structure they are found within.

Native to central South America, the red imported fire ant feeds on the buds and fruit of trees and crops. They inflict a painful sting when they feel threatened and have the ability to sting repeatedly when on you.

This invasive pest, originally from northern India and eastern Asia, is the largest hornet in the world. It is also known as the “murder hornet” because they attack and kill honey bee hives.

Their sting is stronger than regular hornets and can be identified by its coloring of light orange and brown with a black striped body. They usually build their nests underground.

These ticks can be identified by their reddish-brown color when unfed. They turn gray when full of blood. Asian Longhorned ticks pose a significant health risk to people and pets.

Although not a spreader of Lyme disease, their germs, spread via their bites, can cause serious illness.

Although very pretty with their red, black, and brown coloring, these insects are a threat to native trees and agriculture. These pests don’t fly long distances but hitchhike by laying eggs on firewood, bicycles, cars, and other outdoor equipment.

How to Control Invasive Pests

Human actions are the primary means that invasive species arrive and spread. So, human actions can help stop the spread too. Clean your boots before hiking and before you come home.

Don’t bring plants home with you from far-off places. And call a pest control company such as Ecola if you do spot one of these invasive pests.

Ecola specializes in eco-friendly pest control. Also called green pest control or alternative pest control, these methods are both family- and environmentally friendly methods for effectively eradicating infestations that do not use pesticides. Call Ecola today at 800-471-BUGS(2847) to schedule a free inspection for your home, whether your pest is an invasive species or is simply invading your home.